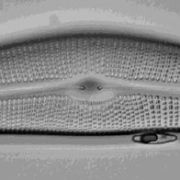 Why and How the Baltimore Ecosystem Study uses iNaturalist

iNaturalist is an online biodiversity information platform and app. It connects scientists, citizens, and naturalists in sharing observations and occurrences of species and organisms across the globe. These recorded observations can help users explore their local setting, feel more connected to nature, and even become part of a science project or biodiversity research. As part of the iNat network, users can access discoveries from other iNaturalist members in addition to their own observations. iNat currently has over 100,000 observers who have recorded almost five million observations and identified approximately 115,000 species. Its founders envision it as a conservation tool; when people are more aware of the non-human world, they will feel that it has personal significance and is worth protecting (iNaturalist.org, 6.19.17).

The U.S. Long-term Ecological Research (LTER) site, Baltimore Ecosystem Study (BES), also hosts an iNaturalist project. According to the iNat website, “Projects are a way to pool your observations with other people.” As of this writing, the BES iNat project has 28 members – nine of whom have recorded 53 observations which contributed to the identification of 33 species. Professor Christopher Swan hopes to raise the profile of the BES iNat project and expand its membership in the upcoming months. “Should we be able to really advertise it to the community (including educators), I think we could quickly populate it with data.”

The BES iNaturalist account was started by Dr. Swan, a professor at the University of Maryland, Baltimore County and BES investigator who conducts research in biodiversity, community ecology, freshwater and urban ecosystems. He thought that iNat would be an “interesting way to engage citizen scientists in the region” while broadening researchers’ understanding of the biodiversity that exists outside of what ecologists are finding with routine sampling. “If citizen scientists and naturalists in the region utilize the mobile app, we have the opportunity to collaborate with an unrealized group of colleagues in Baltimore. The result will be a richer inventory of urban biodiversity that is more readily accessible by the public and researchers alike” (Swan: 6.20.17).

Citizen science can be particularly beneficial in the pursuit of urban ecological research because it provides numerous citizens with access to natural history research resources while opening new opportunities for ecologists to gain insight into the systems that they are studying. In addition, an urban setting has a greater population density than less developed areas, which expands the pool of potential volunteers (Koburi et al. 2015). Dr. Swan thinks that another way iNat could benefit BES is as a tool for students or BES investigators exploring questions around citizen science itself.

For a look at how one BES investigator is using iNaturalist, we interviewed aquatic ecologist Dr. Sylvia Lee (US EPA), a collaborative member of BES LTER and a former postdoctoral researcher at the Cary Institute of Ecosystem Studies who recently supervised the analysis of samples from BES streams.

How do you use iNat as scientist and educator? I use iNat mainly as an educator. I have several iNat projects related to my teaching activities: Diatoms of Iowa, Diatoms of Tahoe Basin, and Ecology and Systematics of Diatoms. My students (ranging from high school, college, and graduate students to professionals) use iNat to submit their diatom identifications, along with sample and habitat information. It helps them learn to connect the diatoms to their habitats. It is also very cool to contribute to a global project celebrating biodiversity! As a scientist, I want to contribute knowledge about the world’s biodiversity and increase awareness of the importance of taxonomy and natural history. As our environmental issues are becoming more global in nature, it is important to understand the names and locations of organisms to allow accurate characterization of global changes and patterns. I am also aware of citizen science projects that use iNat as a key component – for example, to identify algal species contributing to harmful algal blooms. Even if the citizen scientist does not know how to ID a species, a taxonomist on iNat can help them identify the species, determine if the species produces toxins, and decide if further action is needed.

My students in the Ecology and Systematics of Diatom class at Iowa Lakeside Laboratory studied these diatom assemblages to learn how environmental conditions influence diatoms. We related assemblage composition to the water chemistry data collected on the same day as the diatoms, thanks to the long-term monitoring program made possible by the BES LTER. I plan to use diatoms as part of research in collaboration with BES LTER to learn more about microbial biodiversity in urban streams.

What can you tell us about the diatoms themselves? Details, please! Diatoms are beautiful, single-celled algae that make their cell walls out of silica, the main building block of glass. They are important as the base of the aquatic food web (they are yummy food for bugs and fish) and produce a big component of the oxygen we breathe. We found over 100 different diatom taxa along the urban to forested gradient in Baltimore streams, but this preliminary effort probably missed even more biodiversity that is out there. It takes a high level of taxonomic expertise to identify diatom species, so we are taking time to continue work on the remaining identifications.

Any other thoughts or comments? An exciting piece of news is that we actually found a new species! I am working on publishing the new species description with Emma Rosi (BES Director and Cary Institute Senior Scientist) and colleagues. Once that is published, you will be sure to find the new diatom on iNat! (Lee: 6.21.17)

If you live in the Baltimore area and would like to be a part the BES iNaturalist project, set up an account here and become a member of the BES LTER project. Note: Trained scientists can contribute to the iNaturalist community by identifying observations from other users. Research-grade observations are indexed by GBIF, searchable, and downloadable. Teachers are using iNat’s technology to involve students with nature. Methods and lesson plans are available in an online Teacher’s Guide. iNaturalist is also a handy tool to use in Bioblitzes. (iNaturalist.org)

Seeking Nuance in the Human Ecosystem: Built Versus Constructed
Scroll to top