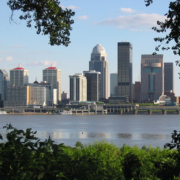 The ecological science of understanding the structure, workings, and change of urban places has three main reasons to be (raisons d’être, if you prefer the French).  One is the fact that urban systems are one of the world’s most dynamic and increasingly predominant environments.  The second is that ecological understanding can contribute to improving cities and urban regions.  Finally, studying urban systems can improve the science of ecology itself.  These reasons are the universal ones for pursuing urban ecology.

Ecology was established as a science when the human population of the world mostly lived in rural places.  They were farmers, harvesters of trees or fish, denizens of villages and small towns closely related to the management of resources and the transport and economy of commodities.  Even during the dawn and consolidation of the industrial era, large, dense cities were unusual places for people as a whole to live.
This rural and natural-resource based residency is now rare for people.  Within the last decade, the addresses of the majority of people have shifted from the countryside and small settlements to cities, suburbs, and urban regions.  More than 50% of the Earth’s human population now count as urban dwellers, as defined by the various governments of the world.
This urbanization of the world’s people and places is continuing at a rapid pace.  The United Nations estimates that more than 60% of humans will be urban by 2030.  Converting persons and places from rural and village life to urban involves ever more extensive connections.
So cities are no longer isolated enclaves, but are connected to rural and wild lands at great distances.  Those connections bring resources from other continents, spread wastes and pollution to other countries, and even affect the lifestyles of those people who are still identified as rural dwellers.  Although cities and their adjacent suburbs only cover about 3% of the land area in even the most densely urban nations, the effects of those areas are almost boundless.  Global climate change, for example, or toxification of global nutrient cycles are widespread outcomes of the intensity and metabolism of human settlements.  Urban is not just the city anymore.
Ecological science has ignored the urban for most of its history.  The oldest professional organization of ecologists dates to 1913.  Exploratory attempts by mainstream ecologists to extend their scope to cities can be dated to the 1970s.
But substantial attention to the city and the urban didn’t really take root in the United States until the late 1990s.  The neglect of urban areas has left ecologists as latecomers to one of the most massive planetary changes in recent history.  Focusing on urban ecology is required because urban systems — cities, suburbs, and exurbs — are an important global habitat type.  It is, of course, the habitat type that is now most familiar to people.

Cities and other urban systems have most often been approached as strictly designed, built, or engineered places.  While they are manifestly intended and constructed to support human habitation, protection, productivity, and delight, they do have ecological components.  Plants, animals, and microbes reside in cities, and contribute to the benefits and hazards that people experience in the urban realm.  Consequently, urban ecological knowledge has as much place as economics, social science, design, political science in assessing and understanding the functioning of cities.
In particular, urban ecological science is relevant to several key attributes of cities:
This essay can’t detail all the support for these attributes, but the richness of these is widely investigated and ever more firmly supported.

The three motivations or outcomes listed above are the public and professional ones.  But the list leaves out an important motivation — the personal.  There is no way to generalize the personal reasons for pursuing urban ecological research because the mix of reasons is likely to be unique to each researcher.  Similarly, the particular order of events and experiences that draw a person into urban ecological science is likely to be idiosyncratic and specific to where and how they grew up, how they were educated, and who influenced them.  But the existence of those personal reasons is no less important for being individual and unique.
In my own case, my predilection for urban ecology only became apparent long after I had become an ecologist and had studied such places as post-agricultural oldfields, natural disturbance in primeval forest, and spatial heterogeneity in deserts, savannas, and unmanaged forest landscapes.  But thinking back on how I grew up, my personal roots supporting urban ecology reach deep.  I was educated by my Father about the history and complexity of the city he and I grew up in and where our family had lived for 4 generations.  But he also introduced me to the mystery and subtlety of forests at Boy Scout camp.  I must have thought that the woods and the city were both wonderful and interesting places.
The first bold steps into urban ecology were guided by colleagues Mark McDonnell and Rich Pouyat.  These steps were reinforced by former student and continuing colleague, Mary Cadenasso, a native of Oakland California and now a professor at UC Davis.  Her long family history in the Bay Area combined deep roots in viticulture and ranching, with the experience of vacationing in the Sierra Nevada.  She echoed my early experience that cities were as cool in their own way as were forests and mountains.
Now perhaps my personal motivation is continuing to change.  A new personal frontier has opened up for me with the desire to find the parallels between Aldo Leopold’s “thinking like a mountain,” and the need to apply ecology in new habits of thinking like a city.  That is, what are the ethical dimensions of urban ecology?  What are the moral implications of conceiving of linked cities, suburbs, and exurbs as ecosystems — like Leopold’s “mountain?”  In other words, is there an urban land ethic?
The pleasure I personally derive from understanding ecological complexity, heterogeneity, and dynamism in cities, is married with the desire to advance the human need for safe, delightful, healthful, diverse, and equitable urban places.

Urban ecological science is a required body of knowledge in an unprecedented and increasingly urban world.  It can help guide the way toward desired outcomes such as more livable, sustainable, and equitable cities.  But it can also improve ecological science in general by stretching and testing ecology’s theoretical and empirical content.  Finally, urban ecology opens a frontier for exploring and exercising a personal — and community — ethical and moral sense.
Steward Pickett
https://baltimoreecosystemstudy.org/wp-content/uploads/2018/04/cfiles28462.jpg 768 1024 John Lagrosa https://baltimoreecosystemstudy.org/wp-content/uploads/2019/04/BES-Circle-Text.jpg John Lagrosa2018-04-21 08:17:002019-04-11 12:27:06Why Do Urban Ecology?
How Does a Long-Term Study Adjust Its Framework while Preserving Data Integ...

Evolution of the Baltimore Ecosystem Study
Scroll to top