Some of my young friends play an online game called “Angry Birds.”  The logo features what I would call an irate cardinal.  This seems incongruous to me, since my youthful memories include Cardinals being the signature bird of my home state, Kentucky.  And on top of that, my maternal grandmother translated the call of this ubiquitous summer resident as “Cheer, cheer! What cheer!”  Hardly the cry of an angry bird.
While waiting to board the train home from sharing some of the conceptual and empirical insights from the Baltimore Ecosystem Study at Georgetown University, in Washington, DC, I had a clear view of the Baltimore Orioles team logo displayed on the (backwards) cap of a fellow passenger a few steps ahead of me in line.  If you are not familiar with the team logo, it is a smiling, becapped Baltimore oriole, done up in the predominant colors of that bird — orange and black.  This cheerful image somehow seems to embody something significant about Baltimore.
I have had the pleasure to work in Baltimore for something like 15 years.  Because I live in New York State, my visits to Baltimore usually last a couple of days to about a week.  I have always regretted that I have not been able to live in Baltimore for longer periods, or to have something more than a pied a terre or a room in a familiar if frumpy hotel downtown.   But the smiling oriole represent some truth about Baltimore that I have appreciated since the day that social scientists Bill Burch and Morgan Grove introduced me to the city on a very hot summer day.  They had been working there on social science research, community forestry, and neighborhood revitalization for roughly a decade before my introduction. 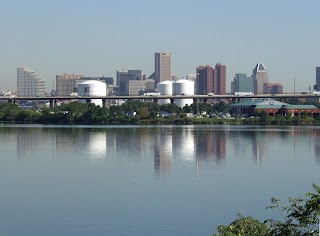 “Why Baltimore?” is a question that I have constantly been asked since becoming the Director of the Baltimore Ecosystem Study, Long-Term Ecological Research project in 1997.  Of course, there is the big hurdle of having had to satisfy the rigors of the review process at the National Science Foundation.  Without meeting that standard, there would not have been a Baltimore Ecosystem Study.  But there are other reasons that we chose to submit our proposal focusing on Baltimore in the first place.

First, Baltimore is where Burch and Grove had developed an impressive network of interactions with government agencies and communities.  Such an accomplishment required intellectual understanding of social processes, building trusting relationships with individuals and organizations, and the commitment of personal time and energy.  Burch and Grove were willing to share their accumulated “social capital” with me and my biological colleagues in order to build an ecological research program in Baltimore.  That was a precious resource and a generous gift.  Without that, no ecological research of lasting duration and importance would have been possible. 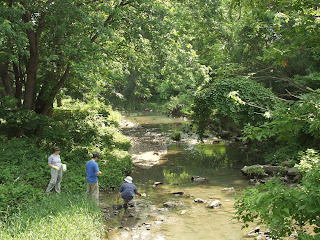 Second, the idea of the watershed was already an important tool in community action and government attention in Baltimore.  Watersheds had been used for decades to organize and motivate important, long-term ecological research outside of cities.  It was important for us to be able to use a familiar and tested ecological tool to address the integrated “ecology of the city” – something that was untried and unproven at the time we wrote the proposal in 1997 (Pickett et al. 1997).  There were already watershed associations in Baltimore, and the Department of Parks and Recreation’s management strategy recognized the role of watersheds.  This gave us a shared idea and even real shared places in which to work.

Then too, the agencies in the Baltimore region were anxious to help us develop new knowledge and data that they could use in their policy and management work.  Some of these people had been working in environmentally well informed ways for decades in Baltimore City and Baltimore County, and they already had a lot of excellent data.  We were hardly starting from scratch.  We could help extend that knowledge base and supply more shoulders against the wheel of unraveling environmental processes and complexities in the Baltimore region.  Admittedly, it took a while to relax into a mutually comfortable dialog.  It was a matter of complementing the knowledge of the managers and policy makers in the region rather than writing on a blank slate. 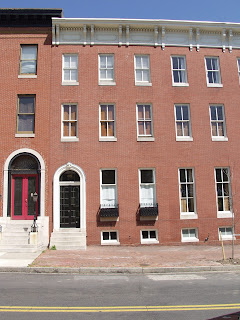 On a personal level, Baltimore reminded me culturally and physically of Louisville, Kentucky, the town I grew up in.  Baltimore was a water city, with its Harbor and the Chesapeake Bay.  Louisville was a water city – the Falls of the Ohio, one of America’s first transportation nodes on the aquatic route west.  Baltimore had a deep neighborhood history; so did Louisville.  Baltimore had the horse-drawn wagons of the “Arabers,” African-American merchants of vegetables and fresh fruits in the old neighborhoods; I recalled the cries of the street hawkers in Louisville melodiously announcing the availability of watermelons, strawberries and other fresh commodities as they guided their mule-carts down Chestnut Street in front of my house.  Finally, Baltimore and Louisville were both cities built of brick, and the glow of that earthy material in the early and late light of the day made for an irresistible warmth.
Finally, there was that combination of charm and formality characteristic of the Upper South.  In many places in Baltimore, I am called Mr. Steward – a title along with the first name.  A very southern and a very Black hybrid of politeness and familiarity that I remembered from my youth in Louisville.
So the smiling Oriole of Baltimore’s home baseball team encapsulates a lot of “why Baltimore?” for me.  It is a wonderful place to do ecological research, a town that is both knowledgeable about environment and hungry for more and better ecological information, and a place where one can feel at home.