Dr. Rosi-Marshall will be the next Director of the Baltimore Ecosystem Study, Long-Term Ecological Research project, a role that is targeted to begin in 2016.  At this time, we hope that BES would be entering its next phase of support as an NSF-funded Long-Term Ecological Research project.  Dr. Rosi-Marshall is an Associate Scientist at the Cary Institute of Ecosystem Studies, where she has been on the staff since 2009.  Her expertise in stream ecology, and her interests in the presence and role of pharmaceutical and personal care products in streams caused us to invite her to become a member of BES, and she has become an enthusiastic contributor to the program. 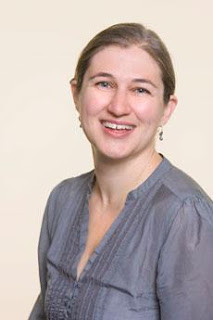 According to the Cary Institute web site, “Dr. Rosi-Marshall conducts research on factors that control and influence ecosystem function in human-dominated ecosystems. Freshwater is one of our most vital and threatened resources; understanding how human-driven global change impacts freshwater ecosystem function is essential. Dr. Rosi-Marshall’s research focuses on several aspects of human modifications to freshwater ecosystems such as land use change and restoration, widespread agriculture and associated crop byproducts, urbanization and the release of novel contaminants, and hydrologic modifications associated with dams.”
Dr. Rosi-Marshall earned the PhD from the University of Georgia in 2002.  She conducted Post-doctoral research at the University of Notre Dame, and was on the faculty of Loyola University of Chicago between 2004 and 2009, where she rose to the rank of Associate Professor.  More information on Dr. Rosi-Marshall’s career and interests can be found on the Cary Institute web site at http://www.caryinstitute.org/science-program/our-scientists/dr-emma-j-rosi-marshall

Why Having a Director Designate is Important

It is important to have overlap in the leadership of LTERs.  This is why I am happy that Dr. Rosi-Marshall has agreed to be the next director of BES.  Long-term studies are intended to observe, experiment on, and model ecological processes over long periods of time.  This is because many processes in which organisms, environment, and social phenomena interact unfold slowly.  In some cases, the complex and indirect interactions in human-natural systems only become clear when some unusual event occurs, or when a new comparison is conducted.  Long-term studies are a research platform allowing these crucial and impactful changes to be understood.  Dr. Rosi-Marshall in her new role in the project, will participate in the Project Management Committee, and will be closely involved in the decision making processes in BES.  The substantial period of overlap during which Dr. Rosi-Marshall will learn the ropes of BES and of the LTER Network is important for continuity.

Other Components of Project Sustainability

Dr. Peter Groffman will continue to serve as Deputy Director after the planned 2016 transition, and I anticipate substantial overlap in the official Co-Principal Investigators and members of BES through that transition.  I am delighted that Dr. Rosi-Marshall has agreed to perform this crucial role in the sustainability of BES.
https://baltimoreecosystemstudy.org/wp-content/uploads/2019/04/BES-Circle-Text.jpg 0 0 John Lagrosa https://baltimoreecosystemstudy.org/wp-content/uploads/2019/04/BES-Circle-Text.jpg John Lagrosa2012-11-26 13:52:002019-04-11 12:31:41Dr. Emma Rosi-Marshall Named Director Designate of BES
A Successful 2012 BES Annual MeetingAngry Birds? Or the Baltimore Oriole.
Scroll to top