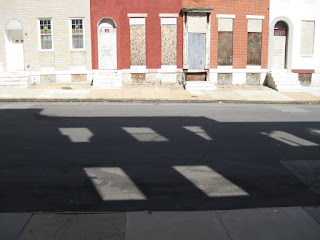 In the first two decades of the 20th century, two new scholarly disciplines were being established in the United States. One was the biological science of ecology, and one was sociology. Although both had deeper European roots, and began to flourish in several American universities, there was one school that was a seedbed for both: the University of Chicago. Historian Jennifer S. Light examines the relationship of these two disciplinary schools and the decades long ramifications of that intellectual hybridization on American urban policy (Light 2009). Her book is much richer in insights about urbanism and the linkage of ecology and policy than can be represented in a brief essay, so I encourage people to peruse her work directly.

The biological ecologists at the University of Chicago had been instrumental in elucidating the patterns and processes of change in plant communities through time. Chicago’s Henry Chandler Cowles in 1899 had published a long, multi-part paper that described the succession of plant communities on the dunes at the southern end of Lake Michigan (Cowles 1899). As the land was still rising in elevation, rebounding from the weight of the thick glaciers that had melted away some 12,000 years previously, new sandy substrate was exposed at the margin of the lake. Cowles (pronounced like the stuff burned in a furnace) described the ever taller and more complex plant communities that occupied the bands of surfaces that were located farther and farther from the lake shore.

The kinds of patterns that Cowles described as one moves from the lake shore inland were generalized by Frederick E. Clements (Clements 1916). Clements generated a theory of succession, in which he proposed that plant communities experienced progressive trends of change, leading to a diverse, stable assemblage. He likened the temporal patterns of change in assemblages of plants in the field to the life cycle an organism. Communities of plants were said to go through phases of colonization, growth, and maturation (Pickett and Cadenasso 2005).

A version of Clements’ theory was enthusiastically adopted by he Chicago sociologists in their attempt to understand their rapidly changing metropolis (Light 2009). They saw the city as a series of rings surrounding downtown, in which new immigrants invaded near the commercial core, and through competition moved outward. Like the first theory of plant succession, the sociological explanation of spatial pattern was considered to be a set life cycle. However, one important difference was that the sociologists substituted a decadent, blighted community as the end point as opposed to the idealized diverse, tall, and spatially complex “climax” forest.

The sociologists were apparently unaware of problems that were emerging with the theory of succession in biology (Miles 1979). Cowles’ original assumptions had some problems – sites that had better developed plant communities on the lake shore transect in some cases turned out to be different in other ways than just age of the substrate. Furthermore, Clements’ grand theory of succession as the life cycle of an organism was ultimately found to too rigid and methodologically problematical. Succession actually involved much variety in the patterns of change, and the mixture of causes was much more contingent on history and the landscape context than the developmental biology of individual organisms. The progressive theory of succession formulated by Clements was in dispute as early as 1917, and alternative views of the causes and patterns of succession were being worked out by a number of plant ecologists, some elsewhere in Illinois (Gleason 1917).

Why were the Chicago School sociologists so enamored of the life cycle metaphor they took and modified from ecology? Chicago had doubled in population in the early years of the 20th century, and was absorbing massive numbers of migrants from the American South and from Southern and Eastern Europe. These migrants represented groups that had largely been absent from Chicago before. They saw the effects of these waves of migrants as a succession that led to blighted neighborhoods. Slums and social pathologies were identified as problems to be solved by identifying where a neighborhood was in its life cycle, and intervening to counteract any tendencies toward blight.

Several kinds of intervention were possible. One social intervention was exemplified by the work of “settlement houses,” which were intended to introduce new migrants to values held by the predominant antecedent culture of a city. Another intervention was to attempt to keep some neighborhoods from changing to accommodate new migrants. This was accomplished by discriminatory laws or discriminatory lending practices. A third was urban planning, which could in cases where blight had proceeded beyond tolerable limits, be employed to clear slums and install new housing and neighborhood layouts intended to promote desirable social interactions. Light documents the intellectual lineages, the persistence of the life cycle approach, and the pervasive effects of this perversion of ecological thinking on the form of late 20th century American cities.

What Does This Mean for BES?

One lesson for an interdisciplinary research program emerges from Light’s analysis. The ecology that was used by the Chicago School sociologists was a superficial metaphor. Communities changed through time, that change was driven by competition, and expressed itself in an inexorable life cycle. The real mechanistic complexity that was emerging from scientific research in biological ecology was not apparently known to the Chicago sociologists. The metaphor was established in sociology through reading of ecological texts, but apparently not through conversation with practicing bioecological researchers. The complexity, the controversy, and the alternative models of vegetation change did not become part of the toolkit of the social science deployed to understand rapidly changing cities. Nor were these features of understanding community and spatial dynamics available to those who shaped federal policy of urban life cycles – the policy that supported urban renewal.